I'm Sure it's totally normal that....

In the past few years I have had some issues with Powder Mold.  So I have decided to try gardening in raised beds this year.  I have read that the advantage to raised beds is better drainage and airflow.

I started by finding all the scrap lumber that could .  I had some old railroad tie type lumber in odd pieces around the yard and a stack of mix matched 2 x 10's.  Plus my dad owns a lumber yard so I went there and scrounged for twisted and warped pieces of lumber that they couldn't sell.  Once I had my stack of lumber, I cut it into pieces and made the most uniformed sized boxes that I could.  I had to get a little creative on the sizes to make best use of the lumber.  Then I just screwed the boards together and painted them black with some outdoor paint.  Most of my lumber was not treated because white lumber is cheaper and easier to come by. Here's what I had when I was done: 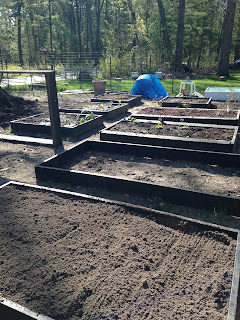 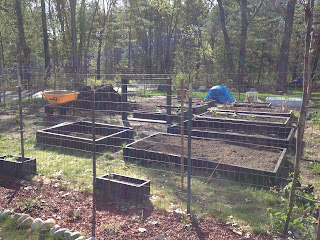 After filling the boxes with top soil I decided I did not want to have to weed or mow between the boxes.  So I had some gravel delivered, laid down black weed guard and the topped it with the gravel. 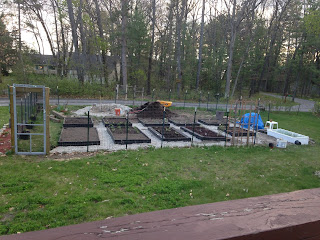 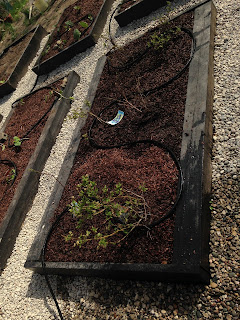 Now all I needed was irrigation.  I read a bunch of articles on line and had lots of ideas for drip irrigation made from pvc pipe.  I ultimately decided that was too much work.  I decided to go with soaker hoses....since they were cheap and I already had a couple.  In the past,  I have never had much luck getting them to stay in place.  This time I fastened them down with some very inexpensive hose stakes I found at the hardware store.  I have 4 hoses connected and it covers all my boxes and has been working like a charm.

You may also notice in the pictures that I have built my own hot box.  This was built out of a storm window that I got from a local Habitat Restore for just $5. 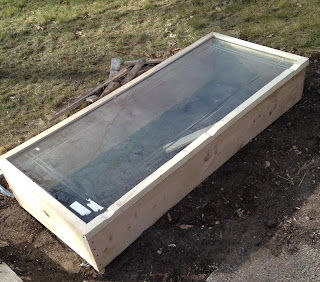 After planting I also decided to use cocoa mulch this year.  I love the great chocolate aroma in the garden and it is supposed to help cut down on insects.  My garden is completely fenced so I am not worried about our dogs getting into the mulch.

I also have a large area in my garden that is just regular dirt that isn't in raised beds.  I have tilled this area and will use it for Pumpkins and other large squash.  It just didn't seem practical to put pumpkins in raised beds.

Be sure to check back in on my blog as the summer progresses.  I will keep you posted as things grow and let you know how every thing worked out. 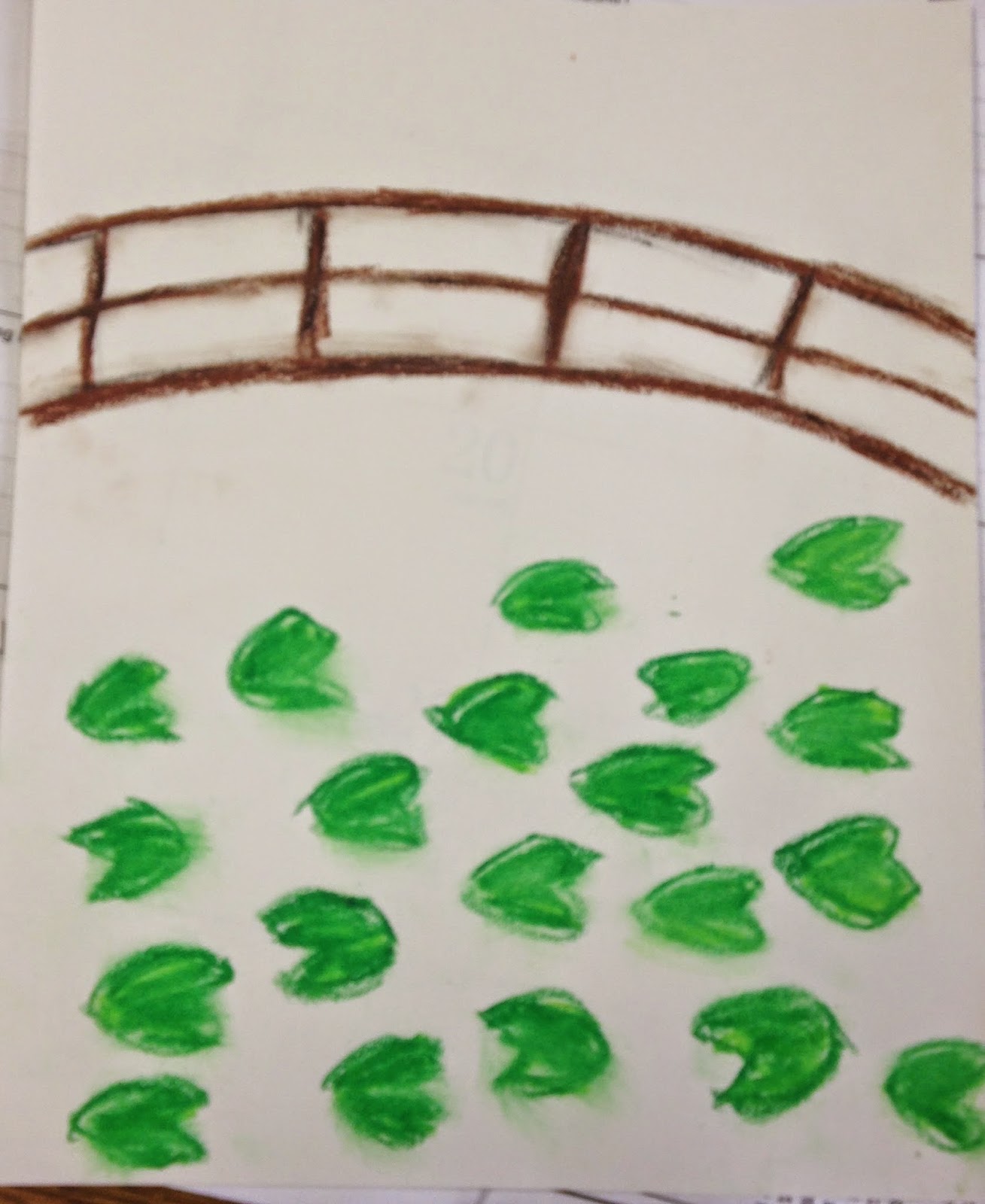 2)      Add in some trees (you may want to be sure at least one is a weeping willow), a bush and a line to show where the pond starts 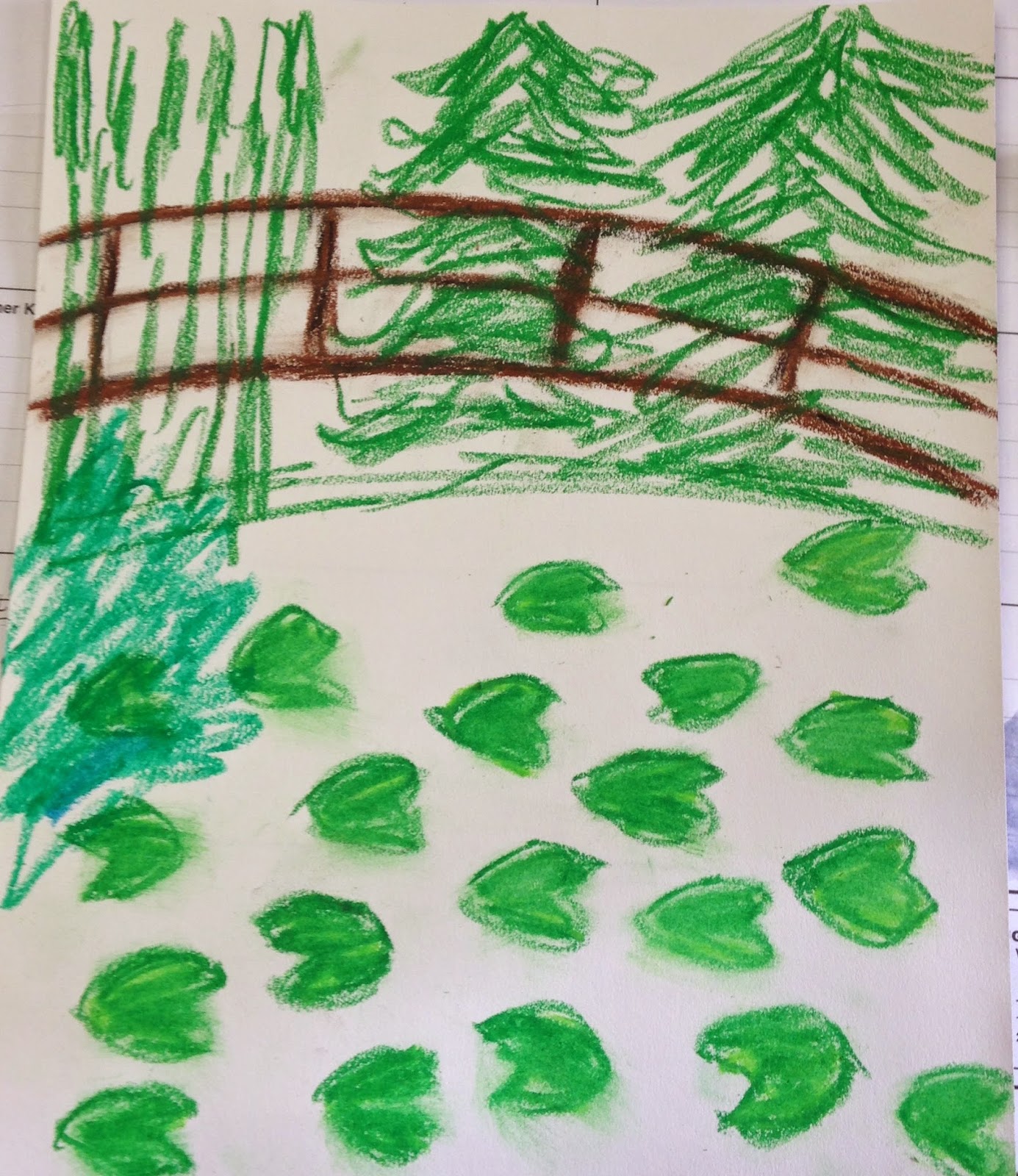 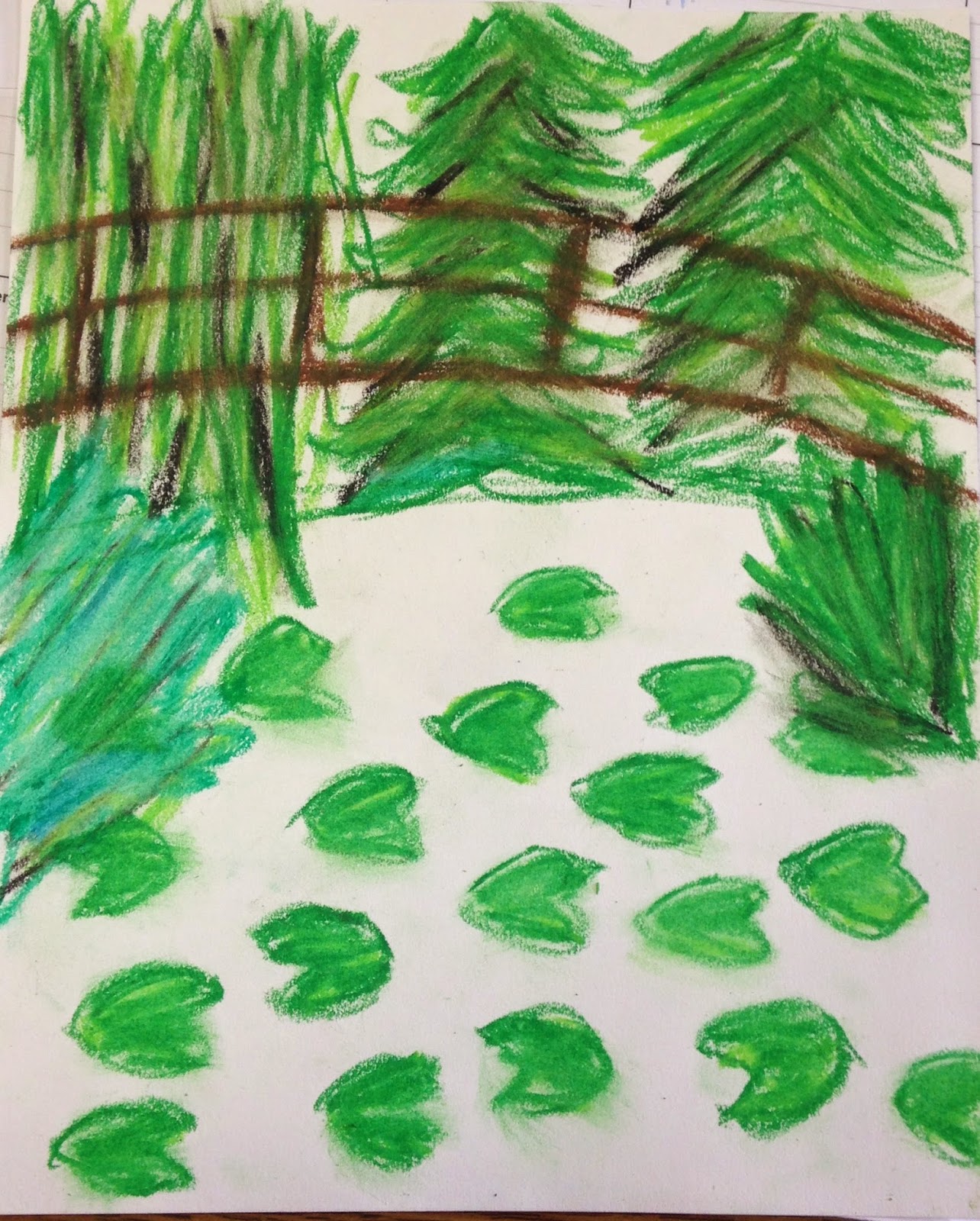 I few weeks ago I got an offer from a friend to try some Nature box sample snacks.  All I had to pay was shipping and handling.  I think it was like $2.  The snacks came and I was not impressed.  The snacks were things I would have never chosen for myself.  I decided to give them another try and order the subscription box for a month.  This way I got to choose my own snacks...and boy am I glad I did.
Nature Box is a subscription box service.  They offer healthy snacks made with natural ingredients.  You choose 5 snacks each month from their website and they are sent to you for $19.95 a month - or even less if you prepay for multiple months in advance. The thing I like about Nature box is that you get to choose exactly what comes in your box each month.  (You do also have the option of letting them surprise you.)  Plus you can add additional snacks for just $3 and the shipping cost is included in the price. So here's what I ordered and received my first month - 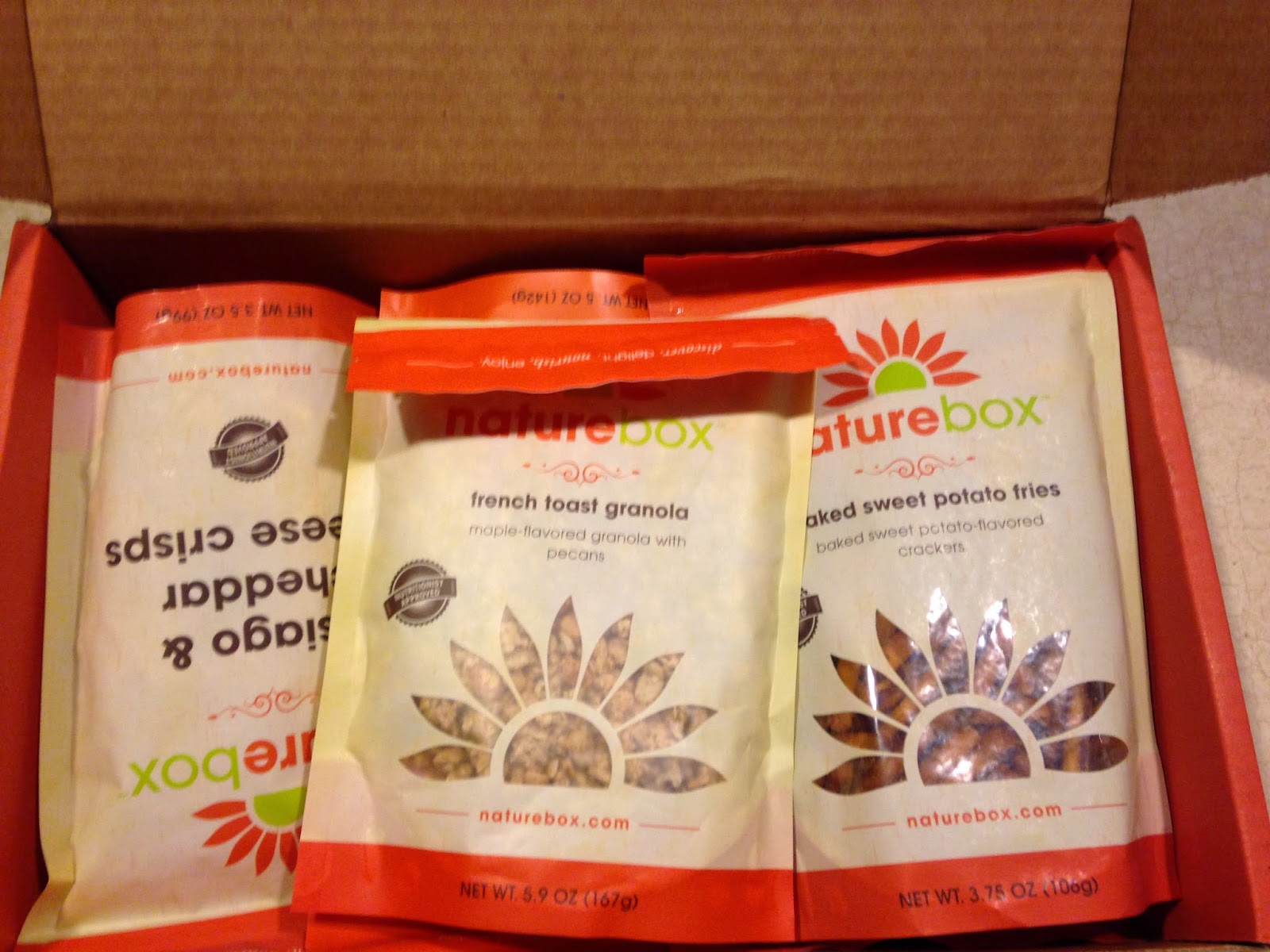 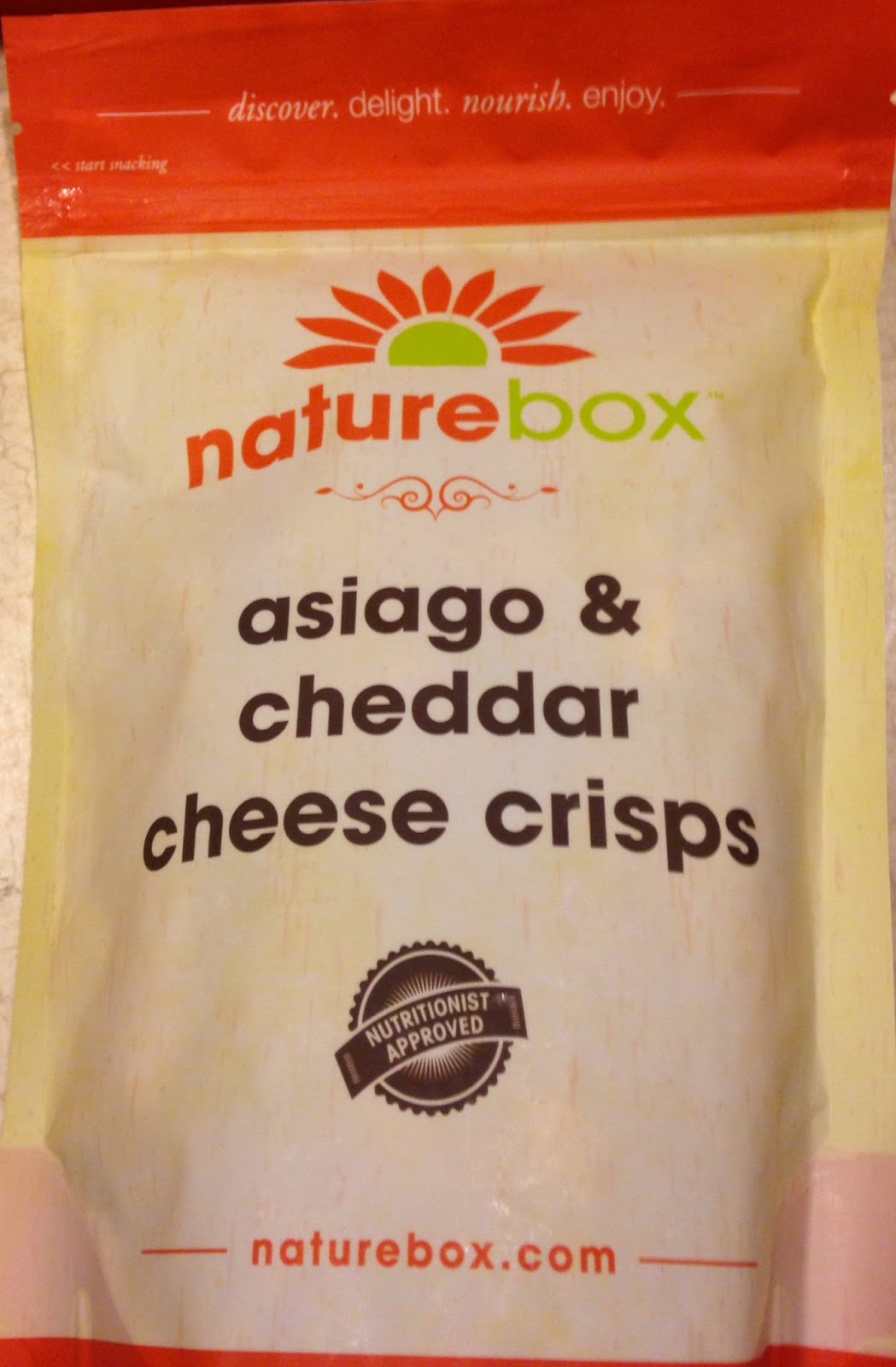 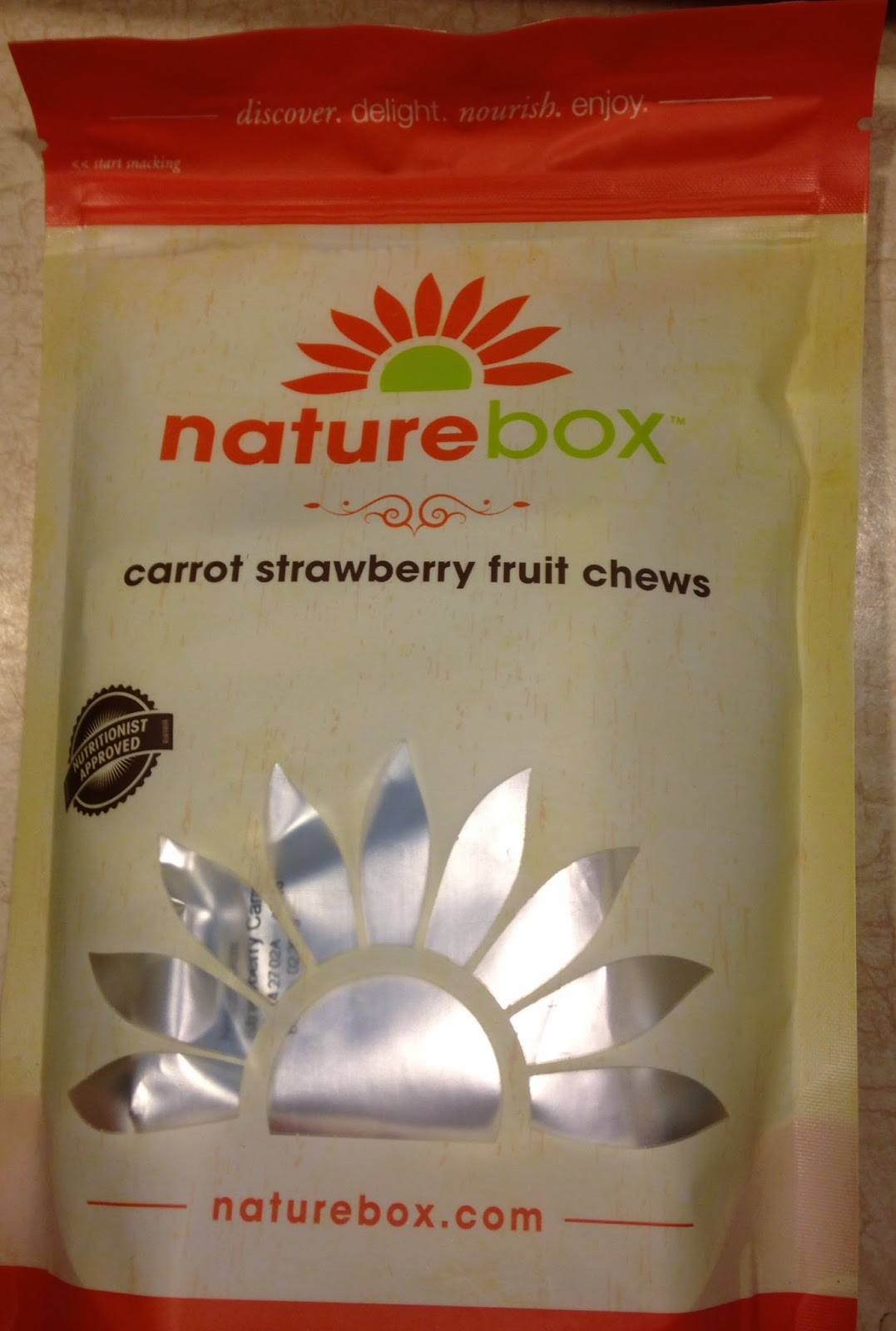 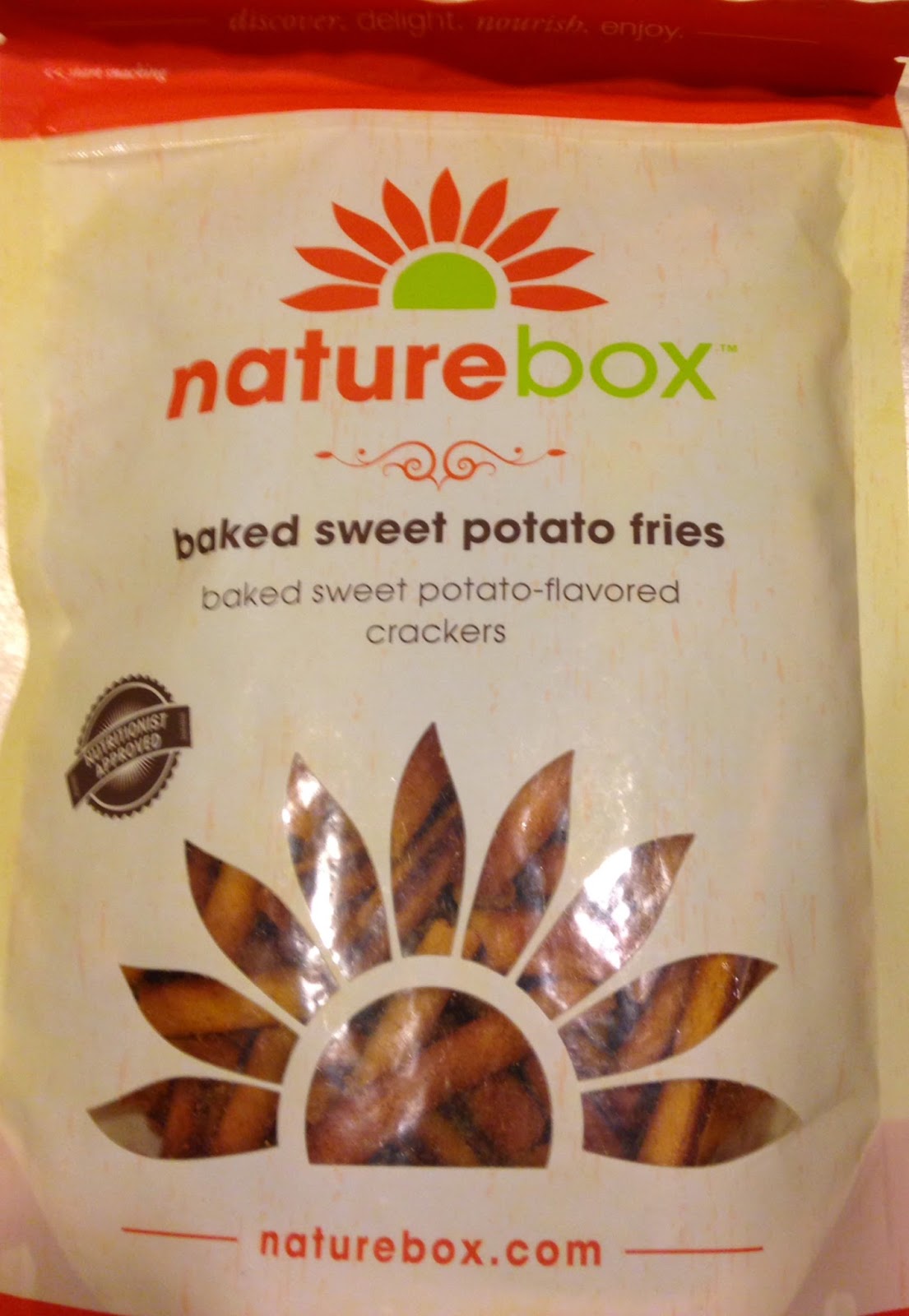 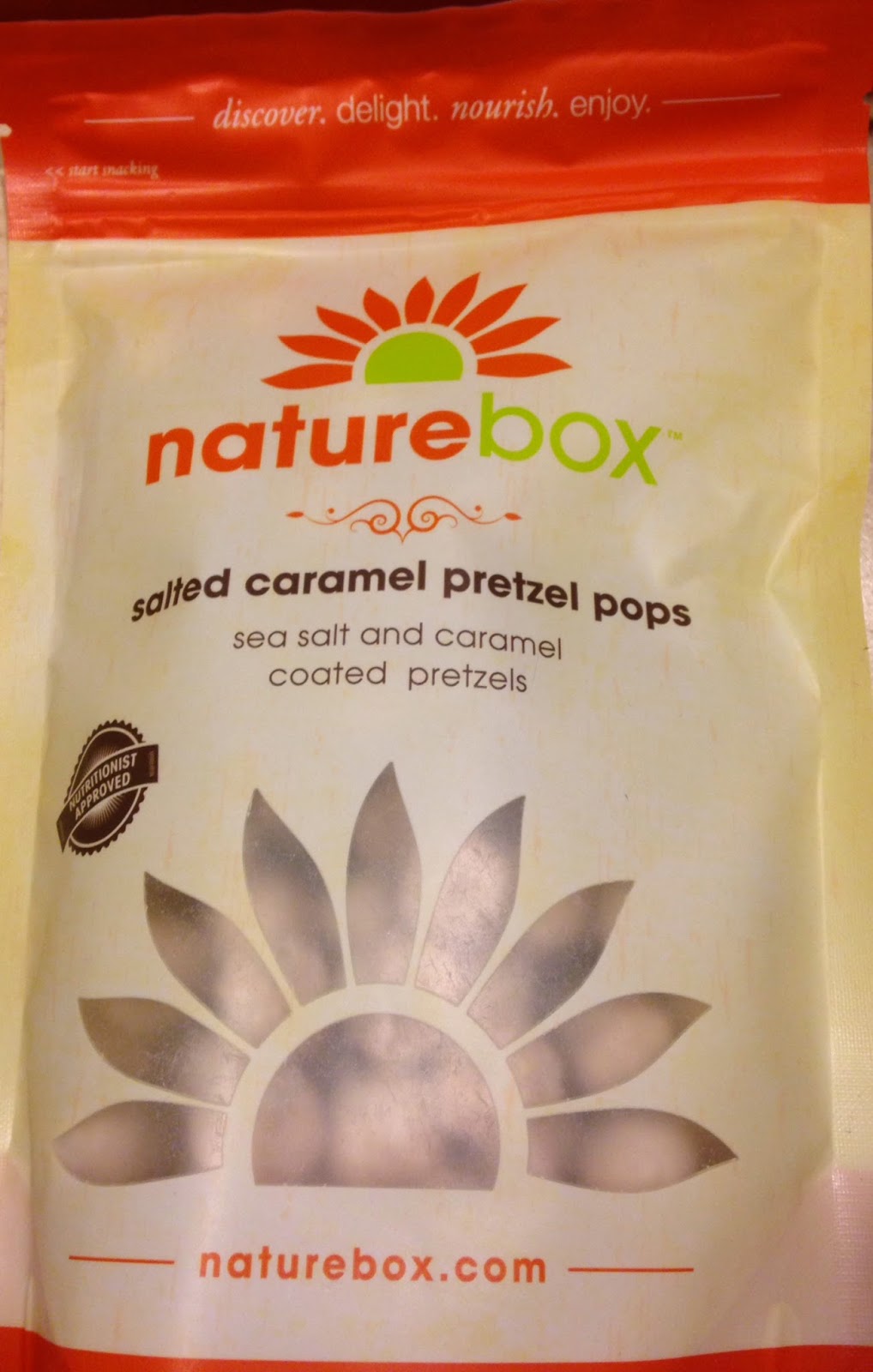 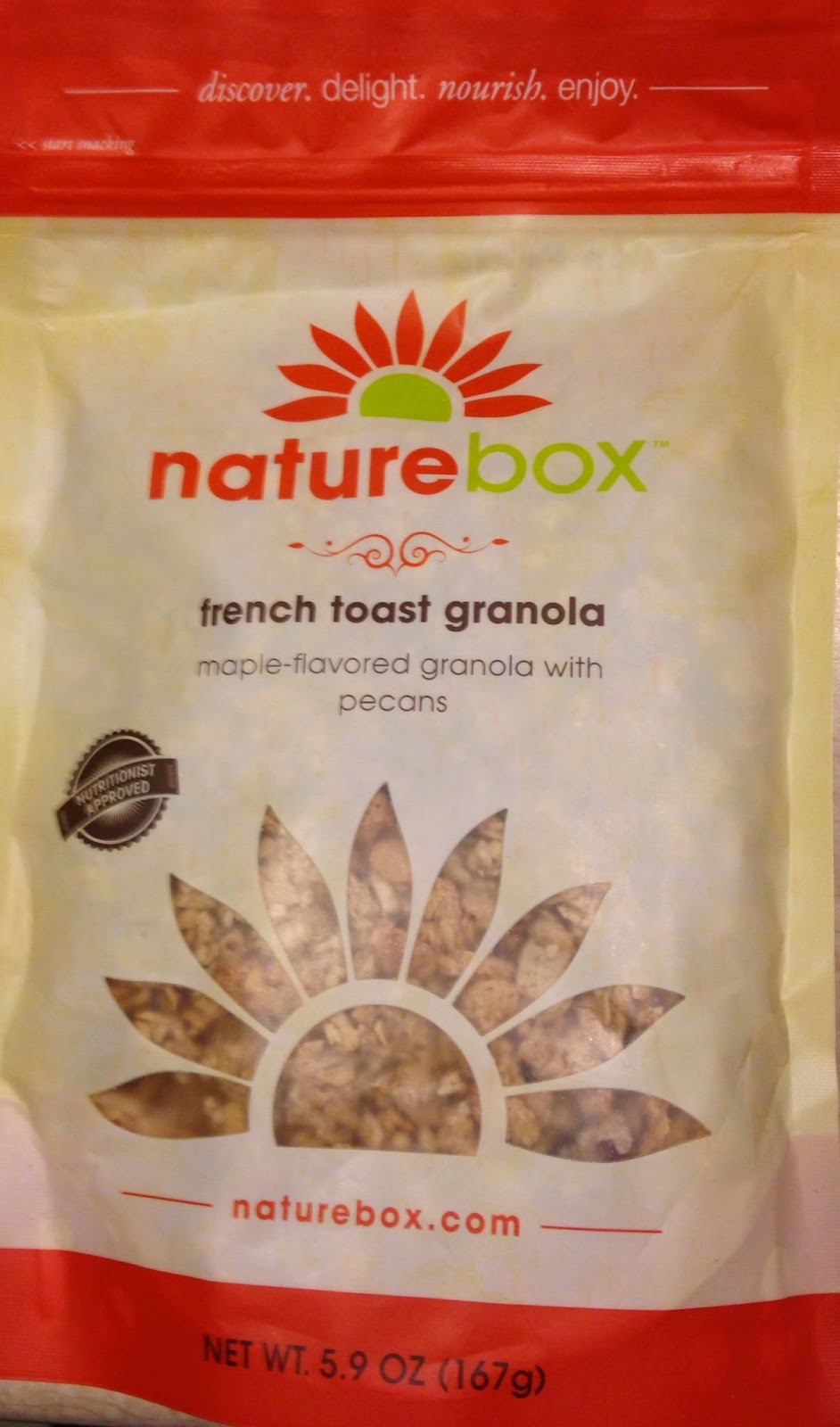 I absolutely love each of these snacks that I chose myself.  The only really complaint I have is that the bags aren't bigger.  I wish there was more in each bag.  When you are sharing with a couple of kids the bags empty really fast.  I was a bit apprehensive with the carrot strawberry fruit chews...especially since the package clearly states carrot on the front.  This would certainly send up a red flag to my son.  However, they are delicious....actually the best fruit gummies I have ever had.  And inside the big package are 6 smaller "unmarked" foil bags... perfect for being sneaky with my 'tween son!
I plan to change my subscription to one of the prepaid options so that I can save a little more each month.  If you would like to try Naturebox  and save $10 on your first order you can use my referral clink and we will both save.  Just click on the handy link below and start your healthy snacking -
http://fbuy.me/bavJL﻿

Also, I would like to mention that if you have special allergy or dietary concerns you can read the ingredients to ever snack before you even order it!
Posted by Unknown at 1:16 PM No comments:

We have been doing our clean eating for a few months now.  I knew it would be hard when we started because we live in a small rural area.  There is just one grocery store in our town and it doesn't have a lot of options because the town is so small.  It is a 35 minute drive to a larger town where the shopping options are a little better and the selection of fresh clean food is greater.  So... when I come across a product that has a great shell life and is clean... I get a little excited.  Here's what I found at our little grocery store: 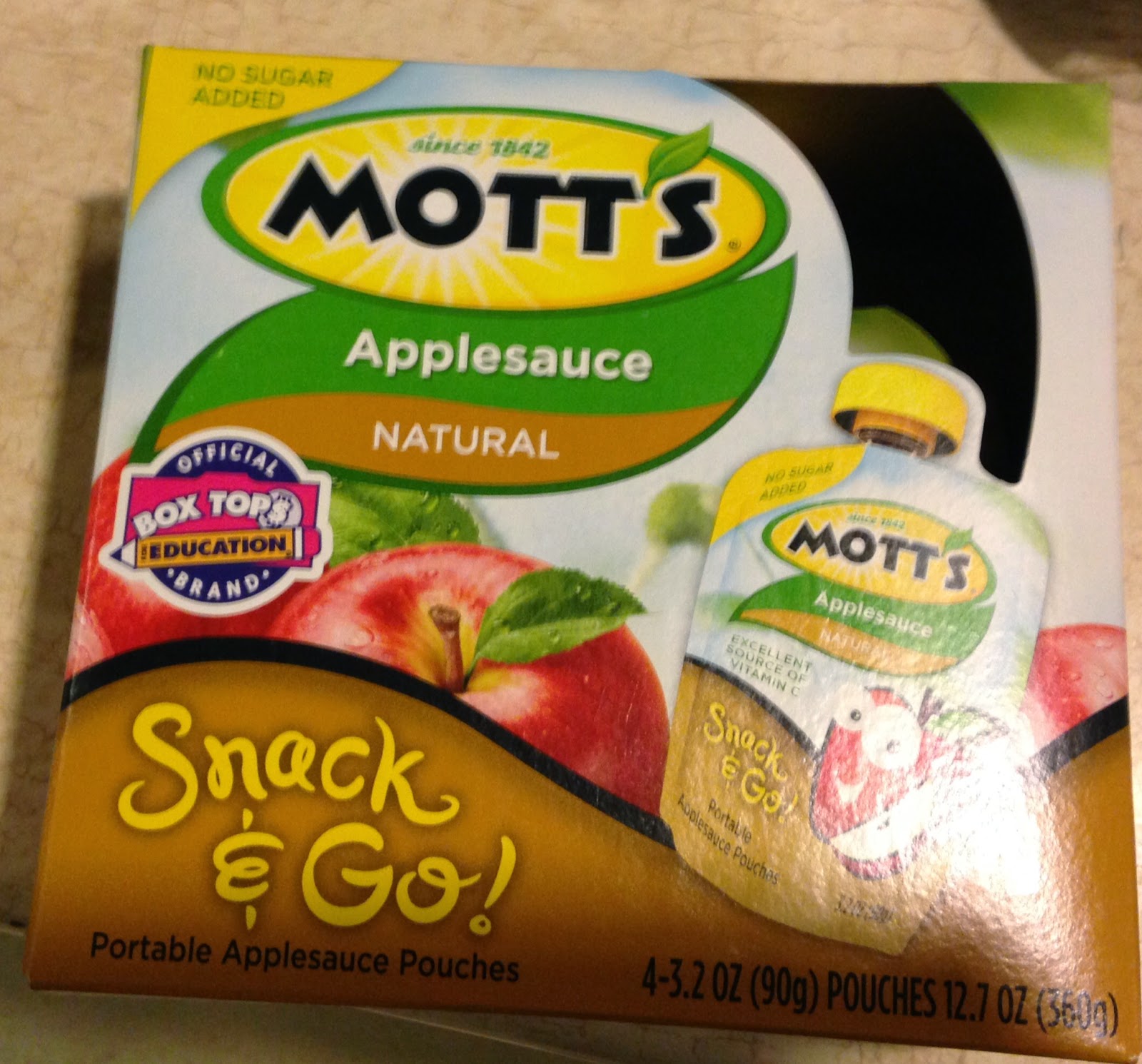 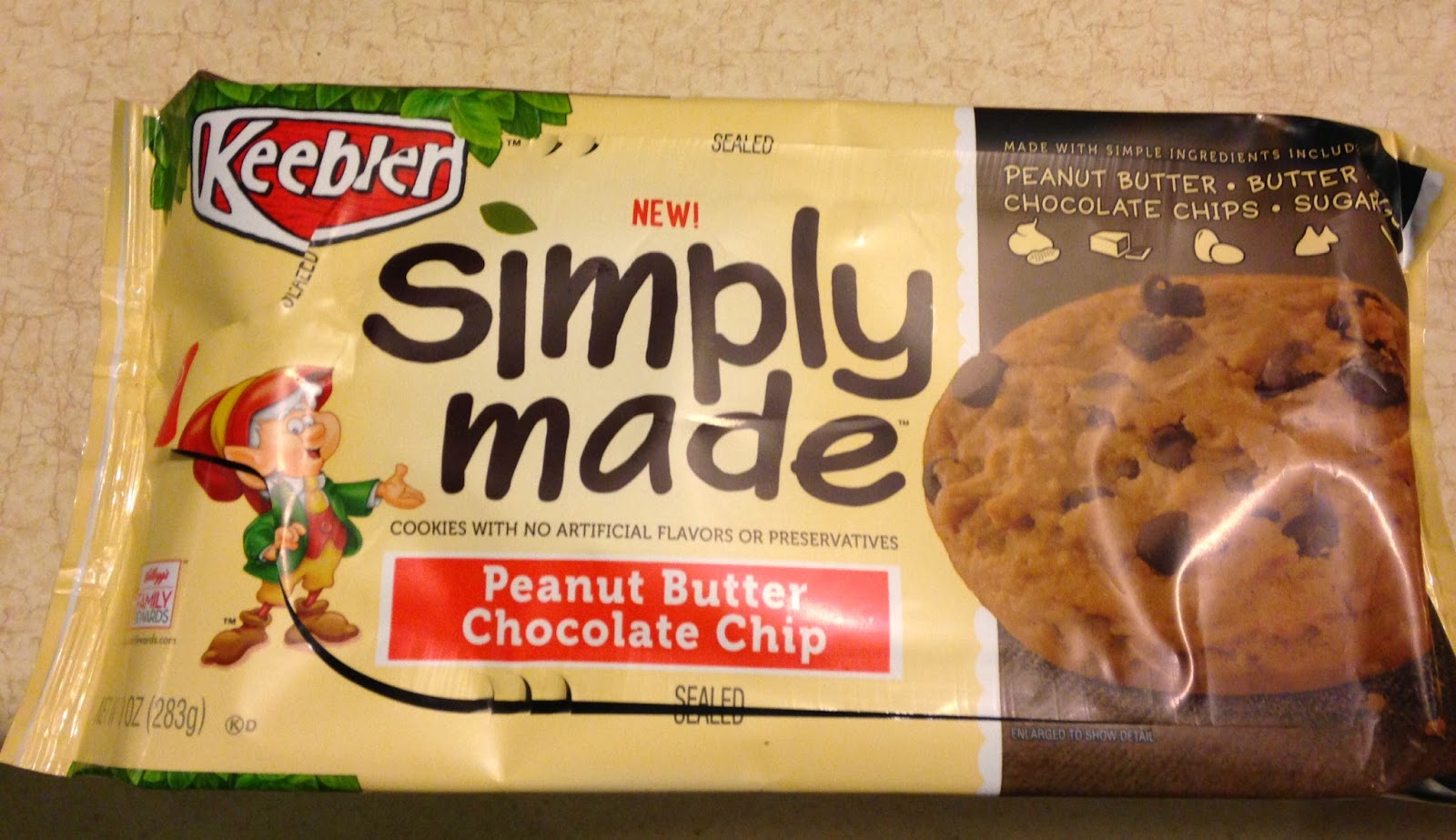 My kids were very excited to see these snacks actually in our house.  Its been a long time since they have had a packaged cookie.  The cookies went right into their lunch pails for today's lunch and a couple were even snuck outta the package as I was packing the lunches.

I also was pleasantly surprised to find some ice cream that had all natural ingredients.  I found both chocolate and vanilla all natural ice cream at Walmart.  It was the store brand too.  Be careful thought because there are a bunch of flavors but only the chocolate and vanilla are all natural.  I got super excited when I saw a caramel candy flavored one...it was a short lived excitement as I read the label and saw it was NOT all natural.  Sorry I didn't take a picture of the tub but it comes in the round containers like Ben & Jerry's but a larger size...and it was quite reasonably priced...under $4. 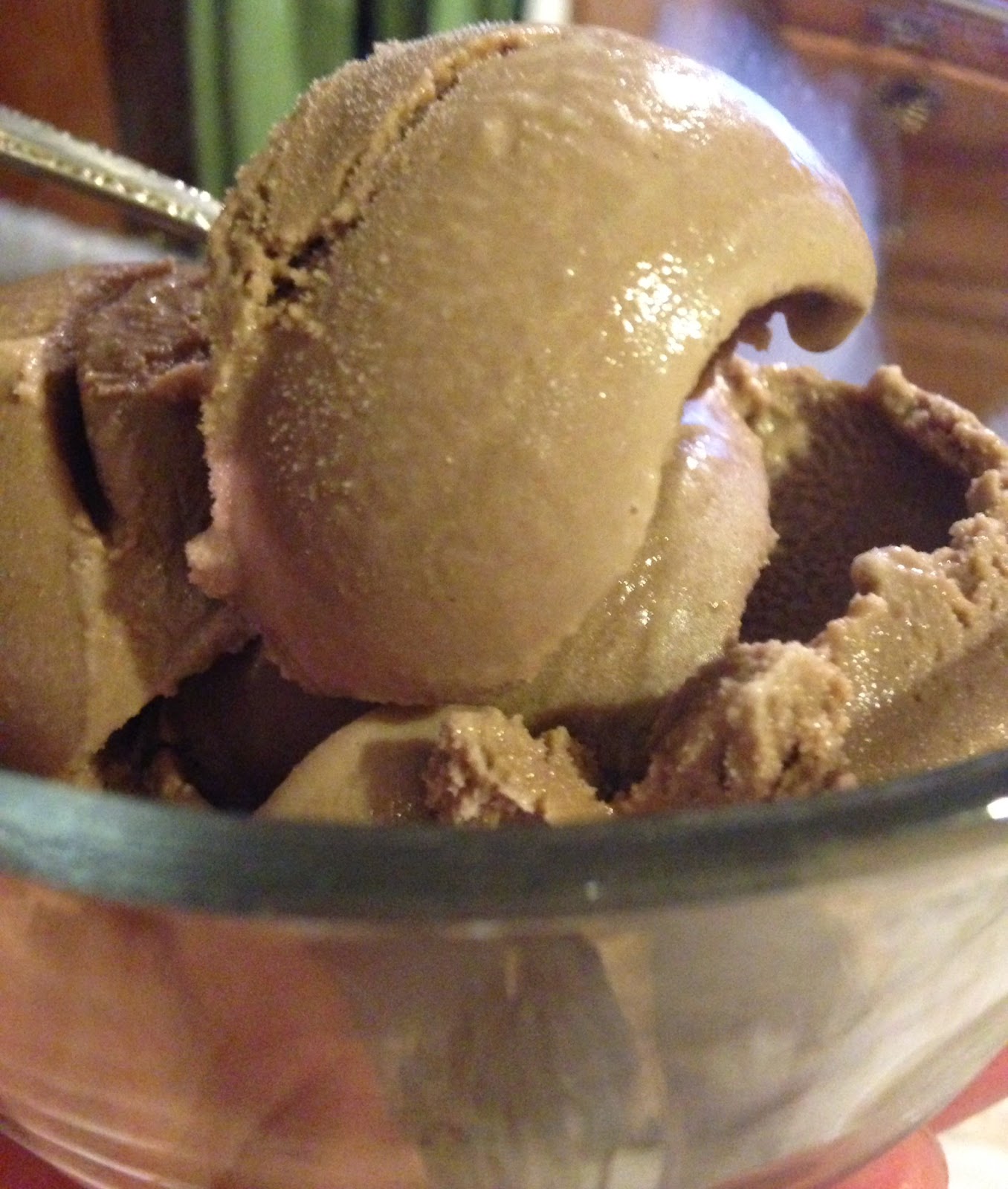 My Aunt brought up a bushel of tomatoes and we canned spaghetti sauce and pizza sauce.  I have been having a hard time finding any all natural pizza sauce, which seems odd since a tomato based product shouldn't need preservatives.  Anyway... I decided to make my own.  Canning is a lot of work....but it wasn't too horrible.  I am just glad I had some help and the sauce came out very good.  I used some of it the kids lunches to make a healthy version of the pizza lunchables.  We will see what the kids thought when they get home today. 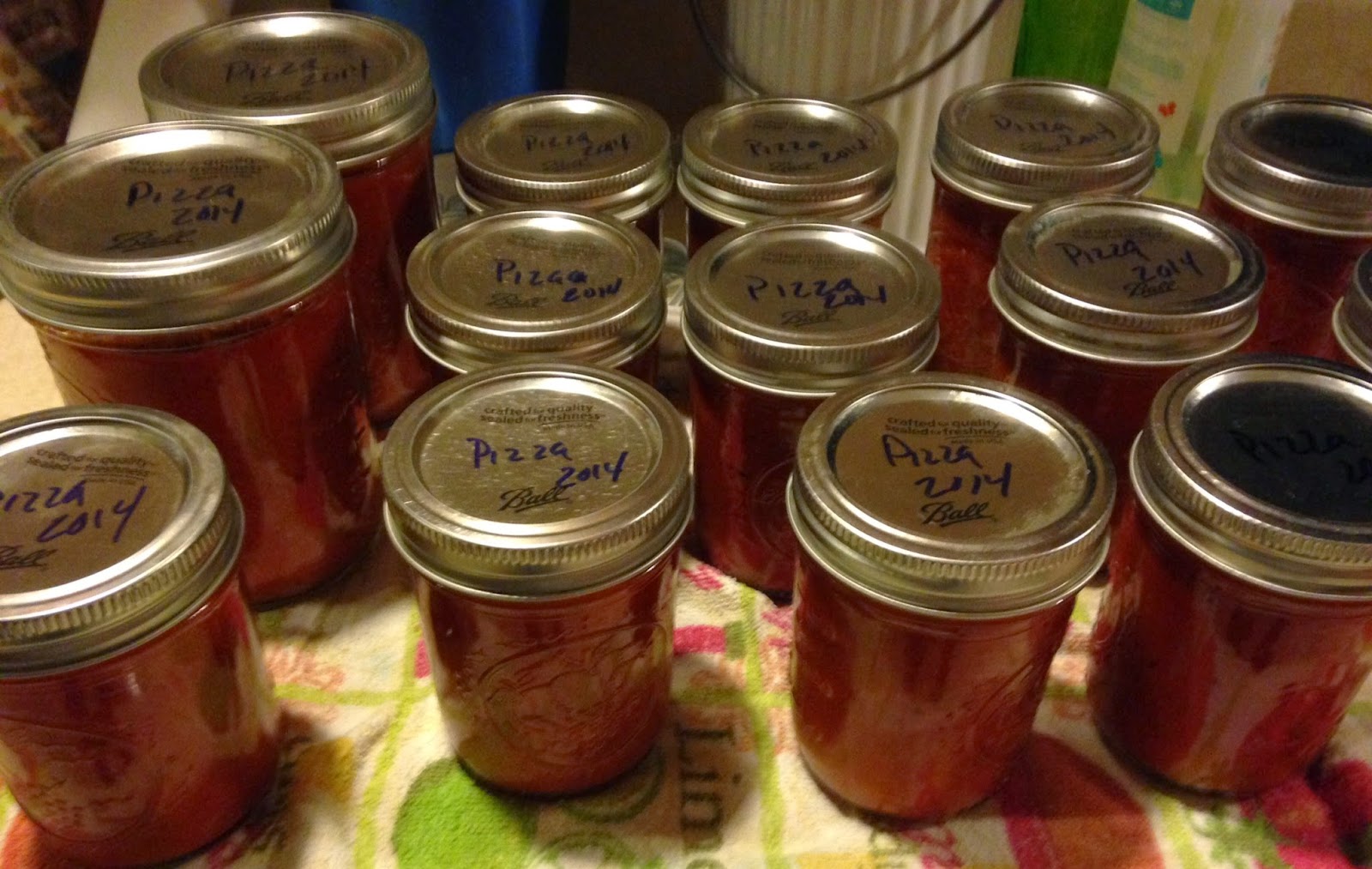 What kind of convenient healthy / clean products have you found hiding on your local grocery store shelves?  Please share them with me!  I am always on the look for convenience food that is healthy and clean.

This is the best trail mix ever and the best thing about is you don't have to do any cooking.  Just dump the desired amount of each ingredient in an airtight bowl, mix and store.  And it's a pretty clean recipe too for those of you who are eating clean like we are. I make this for my kids to toss in the sports bags for after practice.

I usually use equal amounts of everything but then go light with the chocolate chips.  You could add in raisins but my kids hate raisins....raisins are ewwwww! 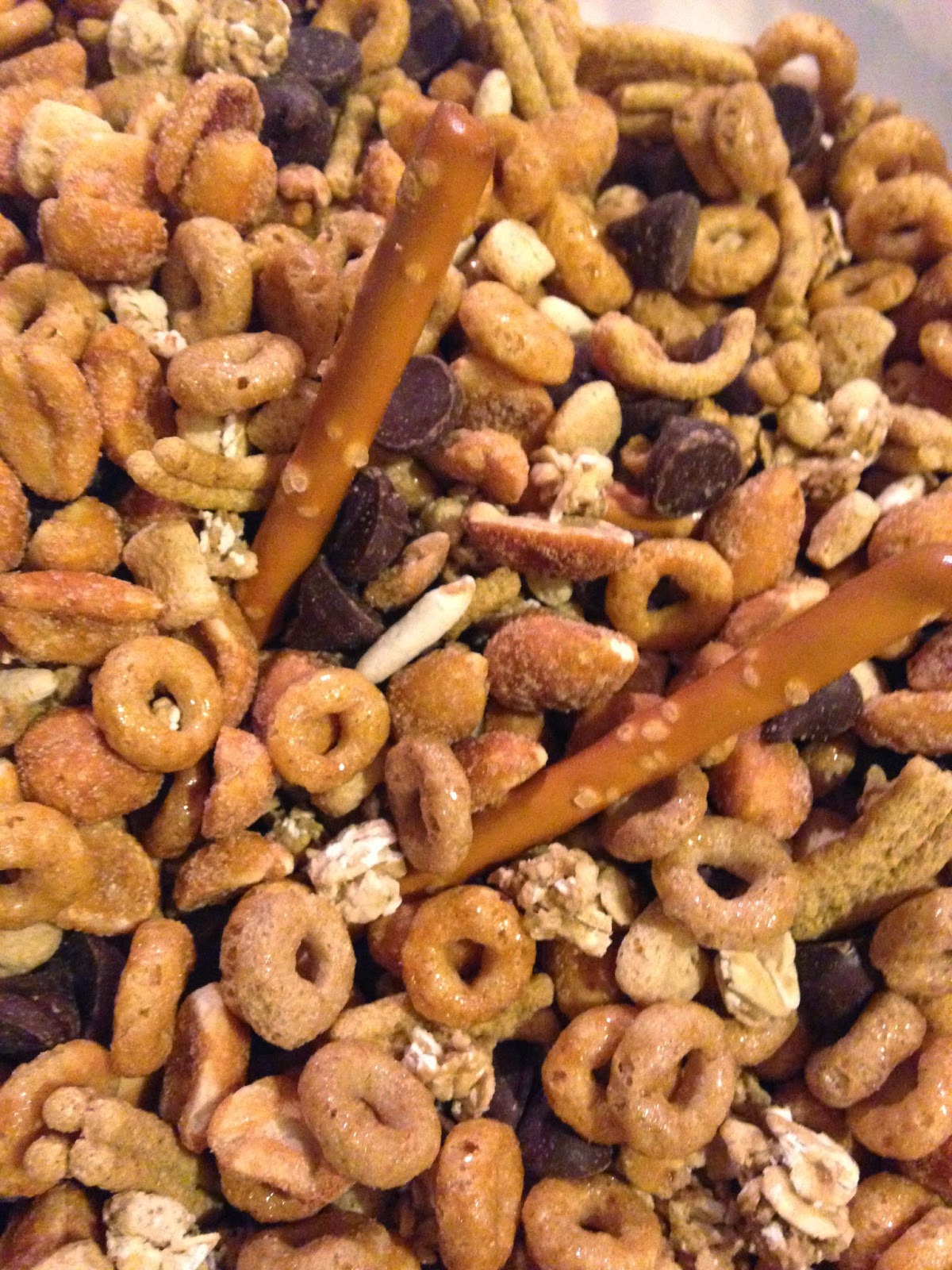